Businesses do quarterly reviews, and while I don’t run this space as a business, I am comparing my 1st Quarters of 2013, 2014 and 2015. And woah boy, is it good! (would I have shared it with you if it was bad? Probably not, it’s still early in the year, lots of things can happen). 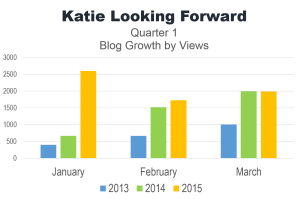 It burns me a bit that I was 14 views away from saying that every month in 2015 has shown growth. But I was slightly more cool in March of 2014.

Those 14 little views cannot take away from my happiness about January’s growth! That explosion is most likely due to all the New Years Resolution posts. You may remember that I attempted a link up in January for my Chance Chats, I’ve let that fall the wayside. I found that people would rather comment on the weekly post, than link up a similar post of their own. And that’s okay! 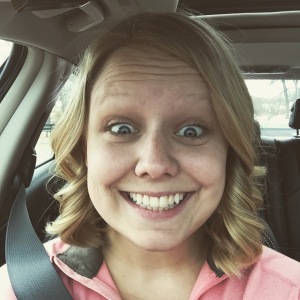 While lately I’ve had sponsored posts, or discussed free trials, I am VERY picky about what I will and won’t accept for a blog review. Generally the products I chose to review are things I either already own, or have hoped to own. I will never lie about how I feel about a product.

What’s My Goal? Keep Learning! If I was properly utilizing all the tools I’m aware of, my following would probably be stronger. But living an authentic life where I do what makes me happy does not currently include “learning how to get people to want to follow me”. If you like what I’m about, feel free to reach out! If you’re not into what I’m about, that’s cool, no need to follow.

P.S. Curious about where I was last year?

P.P.S. -adding a P.S. to posts is one of those tools I’ve learned to do to have a stronger following.