Happy Tuesday friends, this is a strange week where I’m working, but feel like I shouldn’t be, especially as I know plenty of people who have very generous vacation policies. You can follow along with my “in the moment” fun on Instagram.

I contemplated letting my 2014 Race recap be the only recap, but there was so many life events that I felt should be reviewed just one more time…

January: Peace Perspectives: I’m sad to see this one end. I loved every minute of it. Even the tough moments it felt so good to talk about those times and see that I wasn’t along in those feelings. 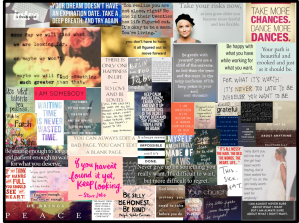 February: was all about the Olympics and State Dance Tournament.

March: Traveled to  Mazatlan, Mexico with my parents (without my brother) which was a strange feeling.

May: Traveling to New York City with my mom and walking 13+ miles per day was quite the experience for my feet. We had a blast checking out Soul Cycle and Uplift, and I’m hoping we can go again soon!

June: Was the month my Grandma Pat passed away. July flew by, but being with friends around the 4th weekend was the best part.

August: Included my first of 3 concerts in the year with Katy Perry! I just might be making a pink streak in my hair somewhat permanent in Spring 2015. 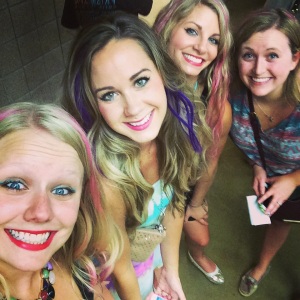 September: Best Month Ever. So many fun things.

October: Did my first TAP (Traveling Arts Pub) event, and was a personal attendant in a wedding.

November: Attended the Garth Brooks concert with EMILY! (this seems like it was much longer ago).

I’ll do a December recap on January 2nd…I’m hoping to have a great New Years Eve that I will need documented. I’ve never been a big fan of NYE, but I’m going to give it another shot this year and then I can really decide that I don’t like it.

Last day soaking in (literally it rained) all that Singapore has to offer. Chinatown exploring and ending the trip with a sailing tour of the island. So thankful for this experience!